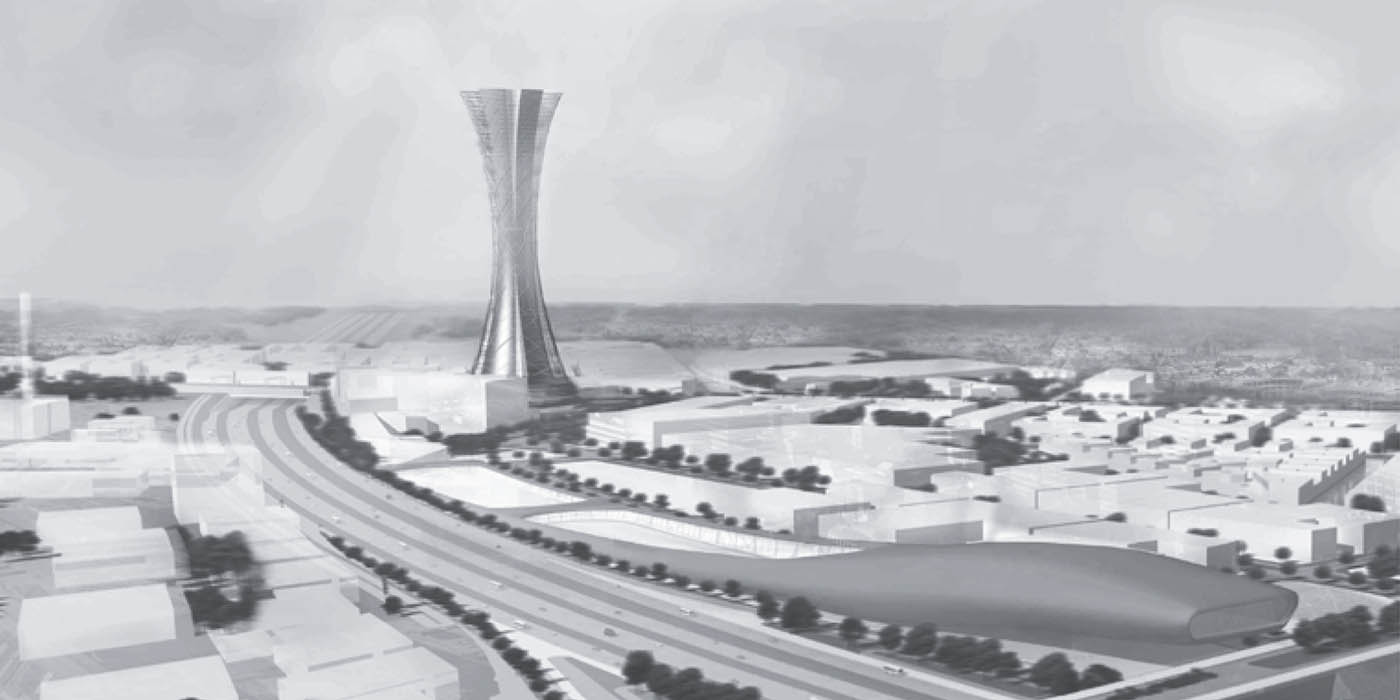 This is a story about an early feminist eighteenth-century intellectual, a proposal for a mighty skyscraper on the edge of a mid-size Dutch city, a chief government architect who was trying to find arguments to save the unspoilt views of the Green Heart of Holland and a group of researchers in the Netherlands Institute for Spatial Research. Historical references, unashamedly conspicuous architecture, present-day ideas on landscape conservation and planning policy are the main ingredients of the story. Why was the view of Utrecht in 2007 more widely discussed than Vermeer's View of Delft from 1660, and why were so many officials and politicians interested in the results of a highly technical GIS-based study by an institute many of them until then had hardly heard of?

As this article will make clear, even a largely academic study can have some tangible impact on a political decision-making process. In this particular case of the proposed (and controversial) Belle van Zuylen skyscraper, several seemingly unrelated facts and opinions came together. A succession of events worked in favour of the study that is the subject of this chapter: first, a proposal for an outsized building by the developer, then the rapid acceptance by a city eager to give its image a boost, followed by critical comments by the Chief Government Architect, who was backed up by his freshly installed cabinet minister. Suddenly, the skyscraper plan became something of a national issue, especially because the Green Heart of Holland, one of the most precious icons of the Dutch planning system, had come into play. In this situation, a study into the tower's visual effects was more than welcome for the policy makers involved in the decision process.

Vol. 2 (2011): Exploring the Visual Landscape: Advances in physiognomic landscape research in the Netherlands

This work is licensed under a Creative Commons Attribution 4.0 International License.

Landscape architect (MLA), senior lecturer at the Eindhoven University of Technology, senior researcher at the Netherlands Environmental Assessment Agency and Provincial Advisor on Spatial Quality Utrecht. He works as a project manager for regional development plans, advisor to local and provincial executives, and as researcher in urban planning. He was cofounder of Nieuwe Gracht, a consultancy office for urban and rural design. For the Netherlands Environmental Assessment Agency, he did research into visual and structural aspects of present-day urbanism, disadvantaged neighbourhoods, new towns and urban fringes in the Netherlands.